When Legislators Cared about Alaskans

Every year around St Patrick's Day my memory returns to one of the best friends I have ever had, who died too soon, and who might be outraged at what appears to be happening today to his most enduring legacy, the Alaska Permanent Fund PFD payout. He didn’t cause it to happen alone, but the Permanent Fund  corporate board room at the Juneau headquarters was named after Hugh Malone on April 30, 2001, and his presence must be felt during every meeting there since.

Our mutual friend Clark Gruening signed that proclamation naming the conference room as chair of the Permanent Fund Board of Directors.

Hugh and I became friends in Juneau because we both had dogs we liked to walk on the many trails, docks and beaches around the area. We had been casual friends for a long time but became close as we shared our Alaska life experiences and varied perspectives on politics during frequent outings.

A professor of Anthropology at Kenai Peninsula College, Alan Boraas in January of 2004 reflected in a column he wrote in the Anchorage Daily News about the Kenai representative he had encountered in 1978, who was: the brains behind the Permanent Fund, and was part of a cadre of young, liberal Democrats and moderate Republicans like Jay Hammond, who forged one of the most innovative and fiscally conservative financial institutions in Alaska’s history. Boraas also credited Malone as among the smartest and most thoughtful legislators Alaska has ever elected.1

This appears to be a quality sorely lacking in legislators today who say anything to get elected and go to Juneau to accommodate the bidding of special interests. As the largest employer in Alaska, the State of Alaska is a special interest demanding ever more while oil revenues decrease.

Juneau is also the pinch-point for all state employee unions.

In his column, Boraas continues, …at 10 o’clock on a clear, crisp, fall night we found ourselves in the parking lot of the old Kenai Library after everyone else had gone home. Hugh, leaning against the old beater car he drove, smoked a cigarette and talked about the dividend while I turned my collar up against the cold and listened.

What has become the dividend was not a foregone conclusion and was not part of the earliest discussion of the fund, reported Boraas. Growing up in Kenai, Malone had seen the powerful influence the oil industry could exert in a community…This strategy of influencer was no doubt forged at company headquarters back in Houston or London where they knew it’s hard to demand environmental accountability, question labor practices or resist efforts to lower oil taxes when the public face of the company is sitting next to you at the Rotary Club or donating uniforms to your kid’s Little League team.

Some might argue that as our partners in Alaska oil resource development the oil companies didn’t need to be our corporate nanny. Their success is automatically our success if the state gets a percentage of all oil produced. But the genius of the Permanent Fund is that it protected our part of the earnings by distributing a statutory amount in addition to providing for an equal amount to fund reasonable State government.

By (the oil industry) applying this (self-serving) strategy statewide and intensively lobbying the legislature, Malone reasoned, the oil industry would successfully lower its oil taxes, the major contributor to the principal of the fund in the early years, and the Permanent Fund would dissolve, explained Boraas.

And here is the clincher: However, a significant yearly dividend paid directly to Alaskans from invested interest would create public  ownership of the Permanent Fund concept and vigilance over oil tax contributions to the principal upon which the dividend was ultimately based because their (Alaskan) pocketbooks would be directly affected.

In his 2004 reflection, Boraas begrudgingly further admits: In this sense, the dividend program has worked. Last year the Legislature lowered North Slope oil taxes for perhaps the first time since the inception of the permanent fund. But now, ironically, the public’s diligence over the fund that Malone envisioned is not directed at the industry’s attempt to reduce its taxes but at state government’s need to use the fund to pay for services.

Imagine that, a state UA employee bemoaning in print that the need to adjust taxes on declining oil fields could be detrimental to state employee's incomes.

The genius of the Permanent Fund Dividend, is Alaskans have a stake in the future of the fund by virtue of the fact they receive a payout based on the value of the fund. Shouldn’t they have the right to decide if that fund should be used to buy more government or to reduce expenditure on state government? Should elected officials be allowed to simply change the terms of PFD payouts while hiding out in Juneau without a vote of the people?


Hugh Malone died while on vacation in Italy March 8, 2001 at age 57. It came as a great shock to me at a time when I was working as a substitute teacher while earning my teaching certificate in Juneau schools. He had encouraged me in this pursuit.

Hugh was a couple of years older than I but we had both participated in the takeover of the Alaska Democrat Party by the Ad Hoc Young Democrats during the early 1970s. He had gone on to become a member of the Alaska House of Representatives from Kenai. A surveyor by trade, Hugh had never finished high school, but the had such a common sense approach to life that he attracted smart people to his brilliant way of thinking.

Prior to the Celebration of Life for Hugh, held on St. Patrick’s Day, the following tribute was published in the Juneau Empire .

Waiting at the gate for Hugh’s calls2

Hugh Malone became a part of our family after my chocolate Labrador retriever, Kowee, became his friend. Hardly a day went by when Hugh was in Juneau that he didn’t drive to our home to pick up Kowee and take her with his own dog, Gussey, to have an adventure.

Initially it was startling when Kowee would disappear from our fenced yard without notice. After a time or two of frantically calling Hugh’s number and leaving a message inquiring about Kowee, he made it a practice to call before picking her up. He would leave a message on our answering machine telling Kowee he was on his way over to take her for a walk. We might find out Hugh had liberated Kowee hours after she was already back home. Now, anytime Kowee hears the telephone ring she runs to the gate to wait for Hugh’s arrival.

Whenever he took Kowee, they would be gone for hours. But Hugh once told me Kowee would become anxious if he kept her too late. He said Kowee knew Cathy and I were “her people.”

Hugh always referred to Kowee as his friend, and I joked that we had joint custody of Kowee. It was a good deal for everybody. On occasion I would join Hugh, Gussey, Kowee, and sometimes Hugh's wife, Debra, on an outing to Sandy Beach or some local trail. Inevitably we met other dogs walking, and their people would often know Hugh, who would introduce me as “Kowee’s people” and his good friend. It had become somewhat of a ritual on Saturday mornings and afterward we would buy snacks and stop by the Friends of the Juneau Library store for cheap books.

Hugh was the best friend my wife and I have ever known. Moments spent with him are magical memories.

Sometimes I could get Hugh to talk about his efforts as a legislator, and later as an administration official (commissioner of revenue) under Gov. Steve Cowper. He would take no credit for anything he had accomplished in his quest to make government accountable to the people of Alaska. On the other hand, he was often critical of the way things have happened in this state since his days of public service, and freely offered his opinions about how things should be.

Some might be surprised to know that despite his critical role in establishing the Alaska Permanent Fund, Hugh was not satisfied with what had developed out of the initial idea of a means to use North Slope oil funds to make Alaska a better place for future Alaskans.  Additionally, after his many years in public office, Hugh was a man of intense integrity who hated corruption in any form.

When Cathy and I approached Hugh and Debora early this year about our upcoming vacation to Mexico in mid-February, it was revealed that they, too, had planned an upcoming trip to Europe. Once again, as in the past, we would need to work out arrangements for care of the dogs. We were scheduled to return to Juneau only a few days after they left.

Mere words cannot describe the loss we now feel at the news of Hugh’s untimely death March 8 in Italy. We are listless and sorrowful, although we know he would not want us to feel morose. So, Saturday morning I took the dogs to Sandy Beach for a walk like they were used to taking.

Kowee has been spending a lot of time at the gate waiting for Hugh following rings of our telephone. Taking the dogs out was one of Hugh’s favorite things to do and now, in his memory, it is going to be mine.

Plenty of people showed up for Hugh’s Irish Wake on St. Patrick’s Day and I was honored to be one who gave a eulogy. I described this giant of an Alaskan as possibly being some kind of magical Irish being who chose this time to leave rather than allow those of us who savored his many pots of gold to find out the truth.

Most primary records concerning the Leprechaun go back to the 19th century, and they describe a fellow with an occasionally elfish grin, with high spirits, and an inclination to suddenly move quickly or change the subject of a discussion in mid-sentence, when what was being said was irrelevant. They often appear to be mirthful, or animated, with serious overtones only when the situation calls for such. And while a leprechaun might, on occasion be inclined to imbibe in fine Irish beer or spirits, they never become so drunk that they are unsteady or their sharp minds become affected.

In the spirit of Hugh Malone I also offered: Leprechauns have also become self-appointed guardians of ancient treasure, which they have hidden in crocks or pots. This may be one reason why leprechauns tend to avoid contact with humans whom they regard as foolish, flighty, inconsistent and greedy creatures. However, if caught by a mortal, a leprechaun will promise great wealth if allowed to go free. And, according to the legends, you must never take your eye off a leprechaun or he can vanish in an instant.

Hugh Malone has vanished from his legacy continues. Gov. Dunleavy has proposed three constitutional amendments to protect our Permanent Fund pot of gold before the Dwarfs and Gnomes now in the Alaska Legislature majority caucus steal it all. In coming months every one of the candidates for legislative office must be asked where they stand on 1) Constitutional Amendment – Affirmative Vote of the People for Taxes (SJR 4/HJR 5);
2) Constitutional Amendment – Vote of the People to Change the Dividend Program (SJR 5/HJR 6);
3) Effective Constitutional Spending Limit; Savings Plan (SJR 6/HJR 7). 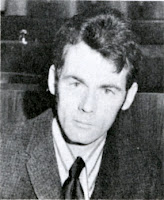