Hopes for the New Legislature 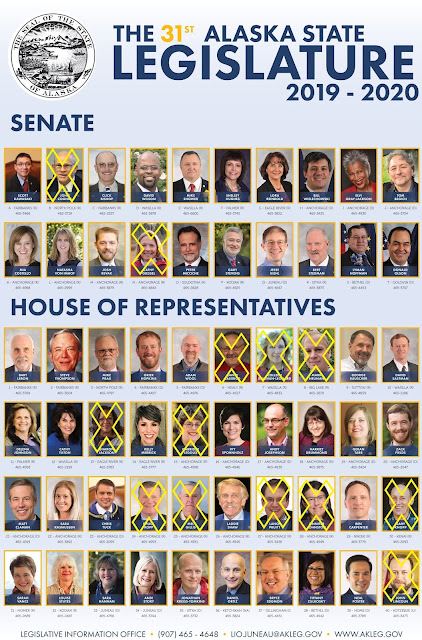 The Alaska Legislature in recent years has become a spectacle. We have voted for people who we thought understood what Alaskans want: Safety and Security, Limited and efficient State Government, Protection of the Permanent Fund with use of the Earnings, Economic Expansion and Financial Accountability, and Liberty. During campaigns for office we frequently hear slogans and happytalk from candidates promising all of these things and more. But, once elected many head to Juneau to form coalitions accommodating special interests.

From some districts it appears some legislators forget all about whose votes sent them there. 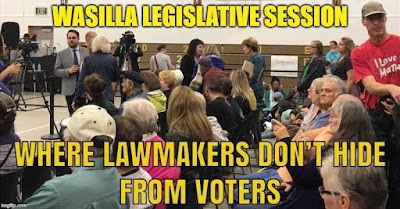 Alaska voters have experienced a learning curve as former Gov. Bill Walker and legislative majority coalitions decided to ignore the more than 40 year tried and true formula for distribution of the Dividend to Alaskans from earnings of the Permanent Fund. This was done to accommodate the public sector unions and other special interests wanting to buy more government. Voters saw some of these lawless legislators refuse to meet in Wasilla at a Special Session called by Gov. Dunleavy--who is specifically charged with determining where the Special Session shall be held. Instead, the mongrel majority met in Juneau in defiance of the governor and the Alaska constitution. Voters have also learned over the last year about the organizing tool of a Binding Caucus as a means for a few legislators in positions of power to muscle the rest into ever increasing budgets that nobody is accountable for. So now that the 2020 elections are over let’s look at who is--and is not--going back to Juneau. At this time the House is having trouble organizing again as it did in the last session. So let’s consider what we might expect from the 32nd Alaska Legislature convening January 19, 2021.

Two of ten senators were replaced in the Primary Election and 11 of 40 house members lost their seats in either the Primary or the General Election (three didn’t run for re-election). Some others got wake-up calls. In the August 18, 2020 Primary Election eligible voters picked from candidates on either the Closed Republican ballot or the open Democrat ballot.1

Let’s do a body count district by district.

We all are familiar with what happened in the big races for US Senate (Dan Sullivan) and Representative (Don Young). After truly obscene amounts of money were spent against them, by the same outside interests that benefit from a North Seattle Alaska capital, results of General Election legislative races is intriguing.2 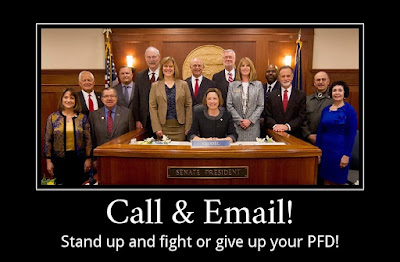 Only 10 senate seats are up for election every two years and a couple of big dogs went down in the Alaska Senate. In the postings here I will report the percentage by which winners won by if they had a challenger.

As the son of one of the signers of the Alaska Constitution, Coghill’s loss was big. Sen. Coghill had been in the Legislature first as a Representative since 1999, and it took a groundswell of opposition to extract him from a position he used to reduced protections for Alaskans as a cost-saving measure under SB91. The result of that change in law and public policy was expensive and degrading to our Alaskan way of life. Gov. Dunleavy finally overturned it through a tumultuous special session. 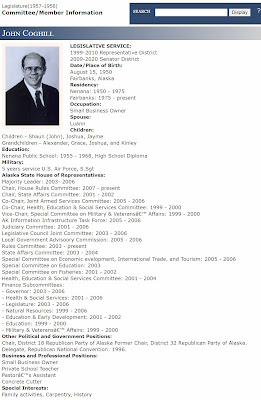 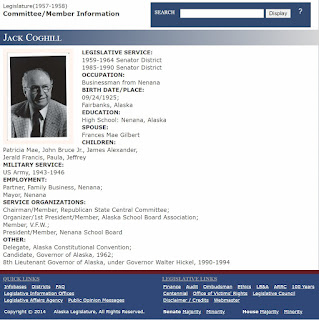 In District D in the Mat-Su Valley, incumbent, David Wilson, had five challengers in the Republican Primary ballot. They split the 5,123 votes cast. Wilson’s count was 1,736 (33.89%) and his closest competitor Stephen Wright polled 1,330 (25.96%). On the Democrat side Thomas Lamb got all 1,329 votes available. In the General Election Lamb was joined by another Democrat, Dan Mayfield and they split that vote nearly evenly 2,616 to 2,622. Wright ran a write-in smear campaign of no consequence against the Republican. Sen. Wilson received 12,631 votes to win (69.19%).

District F, again in the Valley saw incumbent Shelley Hughes gain all 4,759 Republican Primary votes while Undeclared/Democrat Stephany Jeffers gained 1,992. Lately the Democrats have run bait-and-switch placeholders in the primary and then put their big gun in at the general election. The strategy usually fails or allows somebody who could not have won in the primary to jump in and fool enough voters to get elected, as Gov. Bill Walker did to change the way our PFD is distributed under statute. Jim Cooper ran as a Democrat and gained 4,908 votes. Gavin Christiansen ran as a Libertarian and gained 999 votes. Hughes won the General Election with 14,775 votes (71.34%).

District J East Anchorage, saw incumbent Tom Begich cake walk to victory with no challenger in either the primary or in the general. 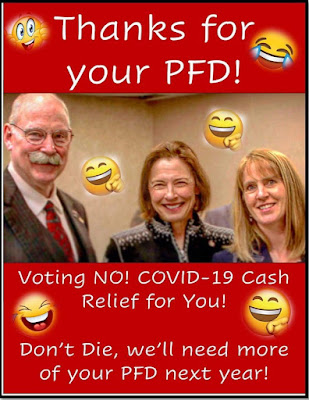 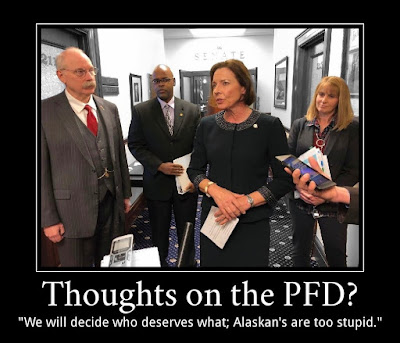 In sum, two Senate seats changed: District B: Coghill to Meyers and District N: Giessel to Holland. Most of the rest won with strong numbers.

The House of Representatives:

HD3 Incumbent Glenn Prax was unopposed in the primary or the general. He had been appointed by Gov. Dunleavy to fill the term of Tammy Wilson who took a state job at the Alaska Department of Health and Social Services. She had served since December 3, 2009 after a short term on the Fairbanks North Star Borough Assembly.

HD6 Three candidates ran in the Republican primary with Mike Cronk (1,337) winning. Democrat Primary winner was Julia Hnilicka (1,189). Cronk went on to win the General Election with 4,861 (55.80%) to Hnilicka’s 2,626 votes, despite participation trophies from three other candidates who siphoned off 1,203 votes in also ran campaigns.

HD10 Incumbent David Eastman (1,589) beat Mat-Su Borough Assemblyman Jesse Sumner (1,420) in a primary race with more smoke than fire. Eastman (7,659) 73.70% won the General Election easily against Democrat challenger Monica Stein-Olson (2,693). There may be some hard feelings among some Republicans in this race but Eastman is a force to be contended with.

HD13 Incumbent Rep. Sharon Jackson had been appointed by Gov. Dunleavy to fill this position after he appointed newly elected Rep. Nancy Dahlstrom as Commissioner of Corrections. Jackson (573) lost this Eagle River/Chugiak seat to Ken McCarty (722) in the Republican Primary. McCarty (4,730) 67.57% beat Democrat James Canitz (2,250) in the General Election. 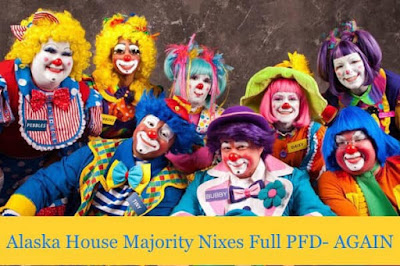 HD25 Incumbent Republican Mel Gillis (4,217) lost in the 2020 General Election to Democrat Calvin Schrage (4,595). Gillis had been appointed by Gov. Dunleavy and was unanimously confirmed and sworn in on December 2, 2019. This was the House seat previously held by Josh Revak. Gov. Dunleavy appointed Revak to fill the senate seat vacated by death of Chris Birch, who died suddenly on August 8, 2019.

HD27 Incumbent Republican since first elected in 2011, Lance Pruitt (4,562) lost to Liz Snyder (4,575). Pruitt was minority leader and had previously served as Republican Majority Leader. This was a surprise loss and Pruitt challenged it in court due to election irregularities.

HD28 Incumbent Jennifer Johnston (1,242) lost in the Republican Primary to James Kaufman (2,444). Democrat straw man Adam Lees gained 2.211 votes. Again, in a desperate effort the Democrat bait-and-switch saw Anchorage Assemblywoman Suzanne LaFrance (5,698) substituted for Lees to lose in the General Election to Kaufman (6,160). This was a clear move to the right for this district whose Republican representative had joined a Democrat coalition for the last time. 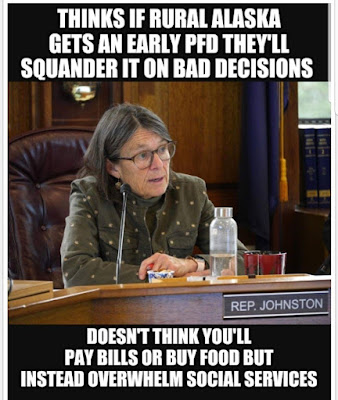 HD30 A recall effort was launched against incumbent Kenai Rep. Gary Knopp in May of 2019 requiring 1,000 names on the petition to gain opportunity to officially seek his removal from office. It was approved and would have required 3,000 signatures to cause a recall election. This was triggered by Knopp’s role in forming a majority coalition with Democrats when the people had elected a majority of Republicans to the House.3

As described in Ballotpedia:

Recall supporters argued Knopp’s actions contributed to delays and disruption to the 2019 legislative session, which prevented the legislature from finishing all of its scheduled work. Prior to the legislative session, Knopp announced that he was leaving the Republican caucus and would help form a majority coalition with Democrats. He said, "A 21 member caucus cannot succeed. It’s doomed for failure and I’m not going to be on that train. I’m not joining the Democrats either. I’m doing this to try and force a true coalition."4 Over 30 days in January and February, Knopp helped to form a coalition of 15 Democrats, eight Republicans, and two members unaffiliated with either party. That coalition elected Bryce Edgmon (undeclared) as House speaker on February 14, 2019. This resulted in the parties having split control of key leadership positions in a power-sharing agreement.

Due to the delays at the beginning of its session, the legislature was unable to finish all of its work. In response, Gov. Mike Dunleavy (R) called the legislature into a 30-day special session on May 15, 2019. That special session was tasked with passing legislation related to criminal reform, the operating budget, the mental health budget, the capital budget, and education funding.5 A second special session was held from July 8 to August 6 to address the state's capital budget and Permanent Fund dividend.6

Knopp was also censured by the Alaska Republican Party in May 2019 for his role in the disruptions to the start of the 2019 legislative session. Because of the censure, the state Republican Party stated that it would no longer support Knopp.

God recalled Rep Knopp in a mid-air plane collision when his piper PA-12 hit a DHC-2 Beaver carrying six.7 According to a story in the Anchorage Daily News: “National Weather Service reports from the Soldotna airport for Friday morning showed clear visibility, with broken clouds at 10,000 and 4,500 feet.”8

That was distinctly different weather than Knopp had caused in the Alaska Legislature with his duplicitous maneuvers. Knopp still received 463 votes as a dead man in the Primary Election to Ron Gillham’s 1,611 62.38% votes. A third Republican, Kelly Wolf received 658 primary votes. Nobody bothered to run in the Democrat open primary in this strong Republican district. Gillham (5,750) went on to win the General Election against johnny-come-lately James Baisden (3,328).

HD32 Democrat in Republican clothing incumbent Rep. Louise Stutes won re-election in the Kodiak district. She may be the Republican in the coming legislature who again gives the majority coalition to the Democrats. No surprise.

HD37 Democrat-turned-Nondeclared Incumbent Bryce Edgmon had no opponents in his run for re-election. He has been House Speaker in the mongrel coalition.

HD40 Democrat Elizabeth Ferguson won the Open Primary, to be swamped in the General Election by undeclared (Democrat) Josiah Patkotak (2,292) 52.14% to her 2,086 votes.

It has almost become a cliché that everything has changed with the China Virus, but even now after some 10 months of cautious public health policy, we have a vaccine. Public pressure has caused the Alaska Legislature to realize that voters are watching and we don’t care anymore about excuses. Our economy is in freefall, state spending is still out of control, public employees have not missed a paycheck while our unemployment rate skyrockets. It is time to invest in the people who live here, open our schools, and help businesses that serve our needs.  Legislators will be challenged to convene a session in Juneau soon under imposed health constraints, but it is time to deliver economic relief to the Alaskan people instead of another series of episodes featuring childish political maneuvering.

If not, the next election is only two years away.